Run snake, run! How to profile python scripts with ease.

I have a python script which is responsible for a long running migration. The script communicates with three other systems - it reads some data from systems #1 and #2, merges them and then pushes them to the system #3. This is depicted below. The problem was that the migration run at a pace I wasn’t happy with. Since most of the work the script does it communication with external systems I wanted to know which is slow. Python has a great built-in profiler to answer this kind of questions. Follow this post to learn on how to use it. 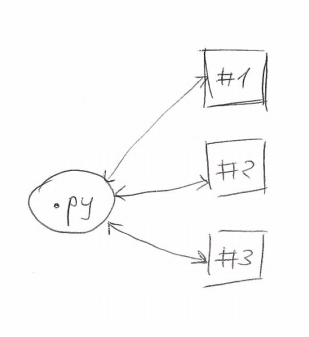 Basic usage is very simple. Say you have myscript.py. To run it with the profiler, all you need to do is:

It’ll run the script and dump the debug data to profile.out. You can also omit -o profile.out to have the stats dumped to stdout at the end of the script.

The things are bit more complicated if your script starts any subprocesses. In my case, I was not interested in the main script - all it does is spawning some worker subprocesses. I was interested on what’s going on inside the workers. 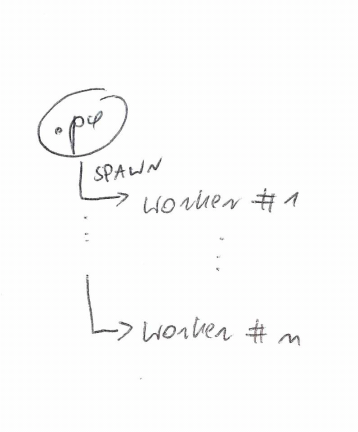 Let say your code is similar to this:

You need to add another layer of indirection:

And that is it. You’ll have profile-0.out to profile-4.out after the script is run.

If you omit the -o profile.out then you’ll get the stats on stdout. This is not the perfect solution. It is better to dump the data and then use runsnake to analyze it.

To install it on ubuntu you need wxpython packages and then you can install it with easy install.

For some reason this was not working for me in virtualenv. I needed a system-wide easy install. It was complaining on missing module wx. I’m on ubuntu 12.04.

Then it is simple:

You get nice breakdown on different functions, number of calls and cumulative time. This data can tell you a lot about your app. In my case I learned that the communication with one of the systems took 90% of the time. Starting from there I could optimize it.